The Highlands Summer Festival gratefully acknowledges the generous support of:

The 2022 season announcement is coming soon!!

The Highlands Summer Festival is pleased to kick off the 2020 theatre season with one of the most popular musicals ever, The Sound of Music. “This has to be one of the most crowd-pleasing musicals the world has ever enjoyed,“ Artistic Producer Scot Denton said during the season announcement November 17 at McKeck’s Tap and Grill in Haliburton.Patrons will recall we presented the show in 2004. It was such an overwhelming success then, we thought it was time to bring this inspiring, family-friendly musical back.” Filled with memorable music and a riveting story, The Sound of Music was a complete sellout on the Highlands Summer Festival stage 16 years ago and it is expected to receive an equally enthusiastic welcome this season. The Sound of Music opens on June 29 for ten performances. Once again this year, special youth (up to 18 years of age) pricing, $20/ticket, will be available for all three matinees of The Sound of Music.

The second show on the schedule is also a classic, although with a longer pedigree: The Importance of Being Earnest. The last play written by Oscar Wilde, this comedy was first staged in 1895. “The script is one of Wilde’s best, full of wit, satire, comedy and a biting commentary on the mores and manners of Edwardian England,” Denton said. The Importance of Being Earnest opens July 13 for eight performances.

The third Highlands Summer Festival production this year is the intriguing Every Brilliant Thing. This interactive theatre experience, set in-the-round, is a single actor presentation which will engage audience members in a unique way. “It is a heart-wrenching, hilarious play…One of the funniest plays you’ll ever see about depression—and possibly one of the funniest plays you’ll ever see, full stop…There is something tough being confronted here—the guilt of not being able to make those we love happy—and it is explored with unflinching honesty,” a recent London Guardian review said.  Every Brilliant Thing finds a perfect balance between conveying the struggles of life and celebrating all that is sweet in it.”
“We are proud to take on these important questions and perhaps increase the understanding and empathy around this important issue,” Artistic Producer Scot Denton added. Every Brilliant Thing opens July 27 for five performances.

Next, we want you to meet Lucien, a New Brunswick mill worker with a thick French Canadian accent and a wit that slices keenly through the issues of the day to find the truth and humour hidden inside. The show plays like a comedic period-piece while also skewering contemporary issues. Lucienhearkens back to an era when jobs were plentiful, unions were strong and job security was not a dirty word. Created and performed by Marshall Button, in more than 200 performances across the country, Lucien is part philosopher, part comedian and mostly just a delightful average Joe. Three performances only July 22, 23 & 24. 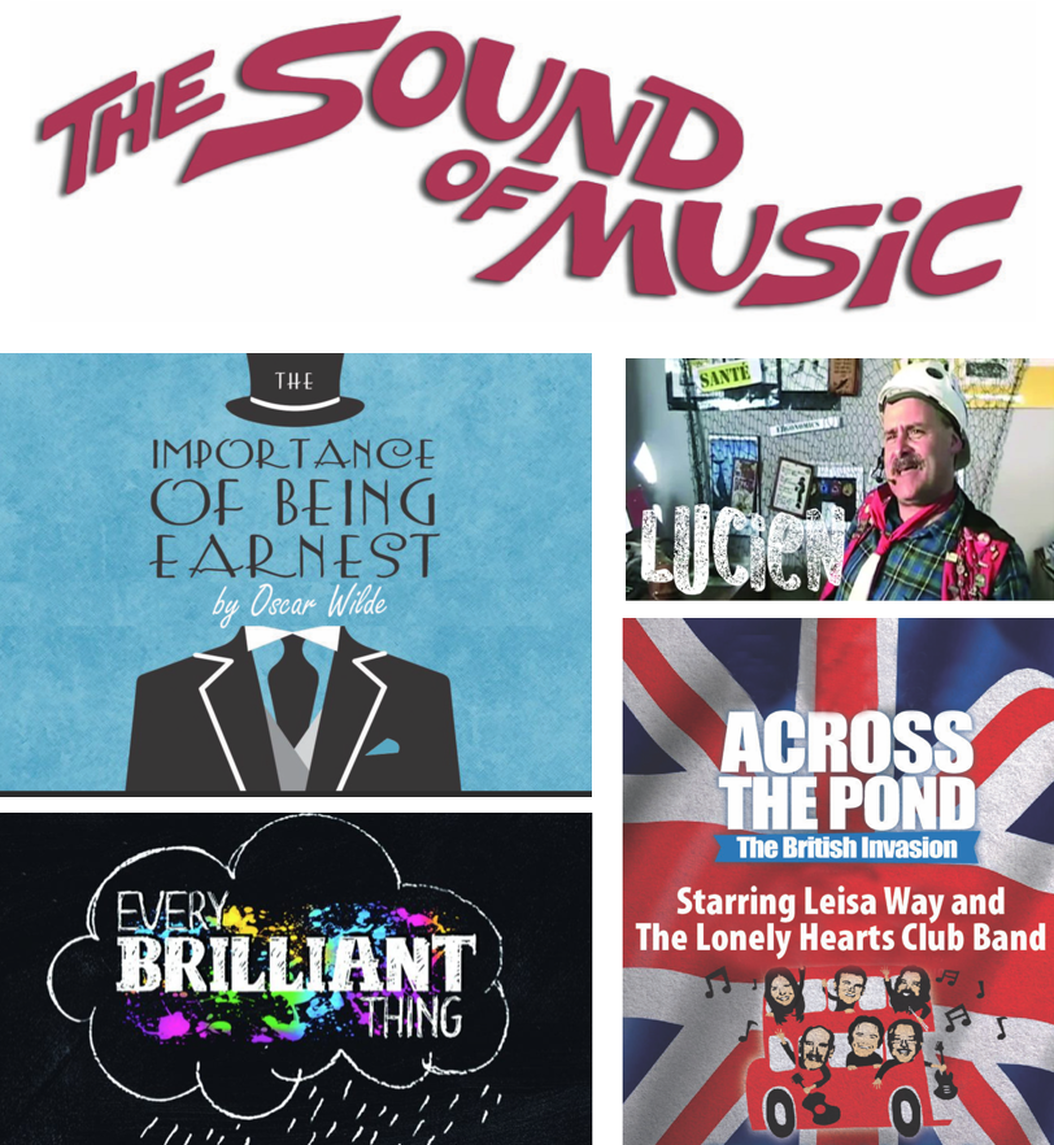 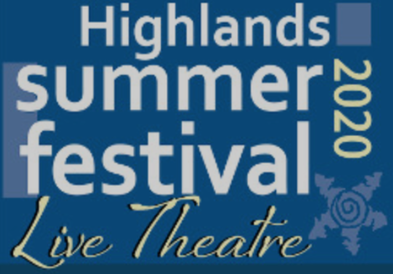 Highlands Summer Festival cancels 2020 season
​
As a result of the uncertainty surrounding the COVID-19 pandemic, Highlands Summer Festival has reluctantly cancelled its 2020 season.  “The decision was taken after much deliberation and consideration of the options available to us,” President of the board of directors, Brian Kipping stated. “But in the end, the welfare of patrons, cast, crew and volunteers was uppermost in our minds in taking this course of action.”
​
Kipping explained, while it is difficult to predict what the situation will be on the proposed opening day, June 29, the preparation work for the season would be starting now….rehearsals, set construction, costume creation and meetings. The recent banning of gatherings of more than five people and the uncertainty over the availability of venues, meant the theatre company cannot begin the processes needed to ensure a successful season.

Artistic Producer Scot Denton added, “We were deeply committed to the 2020 Season – the Festival’s creative team has been working since last August to put it together. Performance rights have been purchased, we have beautiful set designs, and three wonderful casts were ready to begin work.”

The line-up of shows for the Highlands Summer Festival’s twenty-first season included the musical, The Sound of Music, the Oscar Wilde classic The Importance of Being Earnest, the touching Every Brilliant Thing, comedian Lucien with tales of a working man, and the musical revue, Across the Pond, starring Leisa Way and the Lonely Hearts Club Band. The season was scheduled to open June 29 at the Northern Lights performing Arts Pavilion at the high school in Haliburton. It would have run until August 6.

At the moment the Festival is expecting to move the presentations planned for this summer ahead to the 2021 season, however that could change depending on the availability of performance rights. And, while the season may look the same, the actual dates of the performances will have to be adjusted.

Ticket and pass holders are being offered three options:
1.  Donate the cost of the ticket purchase to the Festival. Patrons would receive a receipt that can be used for income tax purposes.
2.  Roll ticket purchases forward to the 2021 season. The Festival says it will endeavour to ensure the 2021 tickets are as close to the dates/days selected for this season.
​             The box office staff will be in contact with patrons to discuss options.
3.  Receive a complete refund for the ticket purchase.

“As a charitable theatre company the Highlands Summer Festival relies on the support of our patrons, both in donations and ticket sales to carry the season financially,” Kipping explained. “We have already incurred expenses related to the 2020 season, will have more as we wind down for this year and when preparations begin for the 2021 season.”

“Again, I would like to reiterate the thanks of everyone at Highlands Summer Festival for the community’s support” Kipping said emphasizing he was speaking for the board and everyone involved in the creation of the six week summer theatre season. “We share everyone’s disappointment that the 2020 season will not happen as planned, but we look forward to seeing you at the theatre in 2021.
​
Brian Kipping,
President, Highlands Summer Festival
ANNOUNCEMENT
June, 2020

​Highlands Summer Festival Annual General MeetingIt’s that time of year again – time for the Highlands Summer Festival Annual General Meeting, but as with everything else, things are different this year.
​
Due to the circumstances of the pandemic and the provincial restrictions on the size of gatherings, we’re going to attempt to conduct this year’s AGM via the internet using the Zoom teleconferencing application. The meeting will be on Tuesday October 20, 2020 at 11:00 am. If you would like to participate in this teleconference, please send an email message to hsfgmgr@gmail.com by October 1st and we will be sure to include you in the Zoom email invitation that will go out the day before.
​
Brian Kipping
President

​As we attempt to make a plan for the 2021 Highlands Summer Festival season, we can’t help but look back on this past summer and the moments missed in the darkened theatre by restrictions imposed by the pandemic. But planning continues and we are moving forward with caution – hopeful that we can bring live theatre to you once again, when it is safe to do so.
​
As the fall began, we were forced to take a closer look at the financial situation of the company. When the season was cancelled, Highlands Summer Festival was blessed with the generosity of our loyal patrons. Some chose to donate the value of the season passes and tickets they had purchased, others decided to simply move their 2020 passes to next season on our promise they would be valid in 2021. Both of these actions helped the company function through a dark period and we are so grateful to all. As we examine our projected costs to gear up for next summer against the potential revenue, we see a shortfall of $16,718. We have researched various grant opportunities for a company such as ours, however many are not a match for Highlands Summer Festival.

We need your help to bridge the gap. We know how important Highlands Summer Festival is to our community, and so we are turning to our fellow theatre lovers for support. As a registered charity, all donations are tax deductible for the year in which they are given. If you are able, there are several way you can donate: on-line at our secure website at highlandssummerfestival.on.ca/season-pass/ (click on the button below); by calling the box office at 705-457-9933 or toll free 1-888-457-9933; or you can mail your cheque to Box 938, Haliburton, Ontario, K0M 1S0. We hope you can assist us as we keep ourselves in a position to bring live theatre and music to the Haliburton Highlands once we can keep you safe as we gather together again.

Thank you in advance for your ongoing support and we are all looking forward to seeing you at the theatre next summer.
​
Sincerely,
Brian Kipping
President